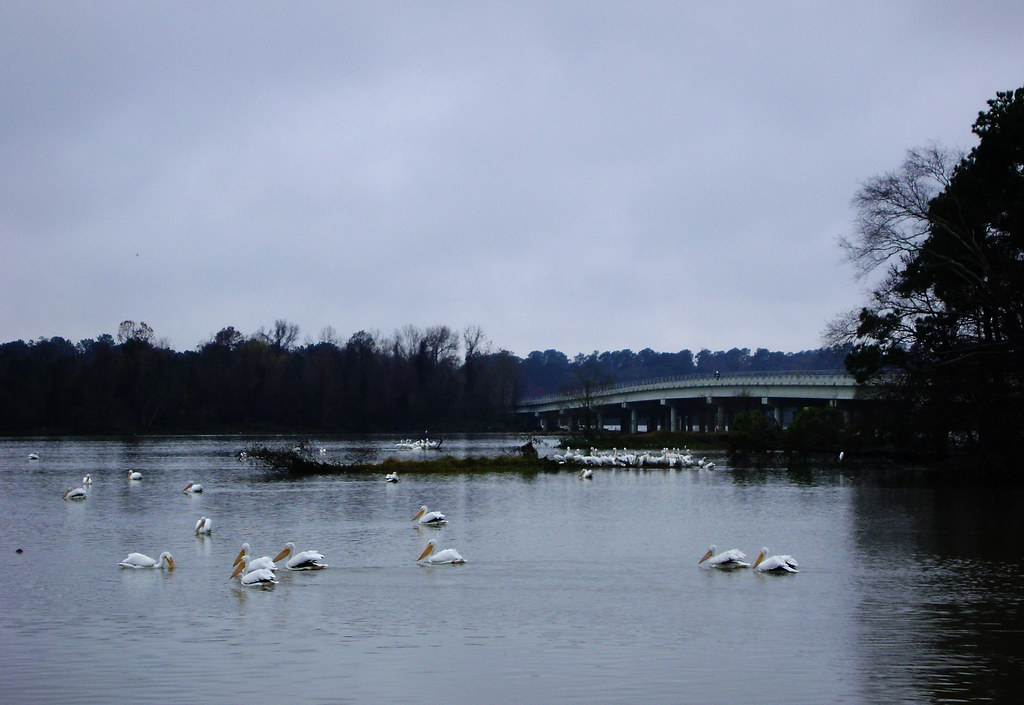 The Feb. 20 special meeting of the San Jacinto River Authority board (SJRA) – the final meeting before voting on the seasonal lowering of Lake Conroe – will once again be held at the Lone Star Convention Center, 98055 Airport Road, in Conroe. The doors open at 5 p.m. and the meeting begins at 6 p.m.

The Lone Star Convention Center is the same location where more than a thousand red T-shirt-clad opponents of the seasonal lowering of Lake Conroe on Jan. 21 faced off against about 150 Lake Houston residents, speaking passionately about not being able to get their boats in the lake and booing Lake Houston’s elected officials.

The chamber, according to Armstrong, secured a location in the Montgomery County portion of Kingwood and the SJRA Board voted in favor of moving the Feb. 20 meeting to that venue.

“Later that night,” Armstrong wrote, “we were informed the location’s legal counsel advised not hosting the Feb. 20 SJRA Special Board Meeting due to the potential volatile nature of the meeting.”

“It was later decided,” she continued, “that the … special meeting … will once again be held at the Lone Star Convention Center …”

Armstrong emphasized that several community officials and leaders were engaged in the process to secure a Lake Houston-area location to host the meeting.

“Although we worked relentlessly to find and secure alternate sites,” she wrote, “the reality is there were no available venues that could meet the requirements needed to host the Feb. 20 meeting.”

Armstrong said in her conversations with the City of Humble that there appeared to be no statutory reason not to meet outside of the SJRA’s jurisdictional boundaries.

“We’re trying to reach a level of respect for and a long-term relationship with the SJRA board,” Armstrong told The Tribune, “because ultimately, the board will make the decision. Our Lake Houston Chamber task force has been working with them for two years and we have a good relationship with them.”

Armstrong said that in the last year, the board has been doing what they can to help our area “… and we need their help if we’re going to move forward with our recovery.”

The chamber’s goal, she said, “… is to partner with as many people regionally as we can. These partnerships make our efforts for the state and the federal government much more attractive, a regional effort, a buy-in for them.”

Armstrong praised the SJRA Board and their staff for participating in a site walk-through at the proposed venue in Montgomery County prior to the venue legal counsel advising against hosting the meeting.

“We have a great deal of political support for this initiative and that will assist us in being successful. We will be most effective by moving forward in a respectful, civil manner which inspires collaboration and partnership,” Armstrong said.

Armstrong underscored that “… the SJRA Board voted in favor of moving the meeting location. They heard, understood and agreed with our community’s request.”

Armstrong said the SJRA staff and board have been responsive partners to Lake Houston’s recovering and resiliency efforts.

In encouraging Lake Houston residents to participate in the Feb. 20 special meeting, the chamber is encouraging carpooling and exploring the possibility of chartering buses.

“We have contacts for buses, members who have buses, and we’re working on securing funds to pay for them,” Armstrong said.

The chamber also has ordered additional white #LivesOverLevels T-shirts for the Feb. 20 special meeting thanks to anonymous donors and will provide updates on how to get them.

The seven members of the San Jacinto River Authority board are appointed by Texas Gov. Greg Abbott. Two of the seven are Lake Houston-area residents, Mark Micheletti and Kaaren Cambio.

Those interested can participate in #LivesOverLevels by filling out the form on RecoverLakeHouston.com and clicking on the “Submit” button. It will automatically send an email on their behalf to the San Jacinto River Authority and they will receive a copy of the letter in their inbox.

Author: Tom BroadEmail: This email address is being protected from spambots. You need JavaScript enabled to view it.
Columnist

Besides being a proud graduate of The University of Nebraska-Lincoln and, therefore, a Cornhusker, I am retired from Memorial Hermann. I am a correspondent and columnist for Lake Houston's hometown paper, The Tribune, as well as a director of the Lake Houston Redevelopment Corporation, a member of the board of the Humble Area Assistance Ministries, and Volunteer Extraordinaire for the Lake Houston Area Chamber.