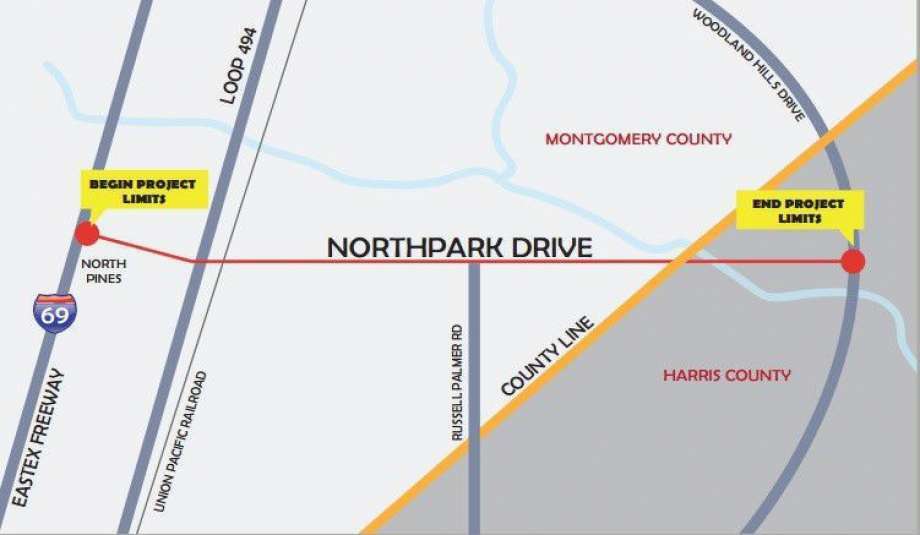 At a packed meeting room at the Kingwood Community Center Dec. 6, TIRZ (Tax Increment Reinvestment Zone No. 10) attendees waited anxiously to learn the fate of Northpark Drive and other improvement projects.

One resident who spoke during the public comments portion of the meeting expressed great anger that the projects had not been started and might never be done.

The tension started in November, when Houston City Councilman Dave Martin was surprised by the City of Houston’s proposal to not extend the Kingwood TIRZ (aka Lake Houston Redevelopment Authority) unless one-third of the money was set aside for affordable public housing within the Kingwood boundaries. Preliminary figures show that amount would range from $63 million to $114 million.

There are two types of TIRZs in Houston – petition and non-petition – that do and do not contribute to affordable housing, respectively.

TIRZ restructuring has been in the city’s plan and it was recently announced  that all new TIRZs had to be the petition type to meet the affordable housing mandate. The issue for Kingwood is that a 20-year TIRZ extension is needed in order to complete the $80-million Northpark Drive improvement project. This project involves an elevation of Northpark Drive above the 500-year floodplain so that it can be an evacuation route. The project also includes filling in the canal to create a six-lane divided road, elevated above Ben’s Branch floodway, and building an overpass that would route traffic over Loop 494 and the railroad tracks.

Martin said that Northpark Drive should have been fixed 10 years ago. The mobility study was completed in 2015, but no construction has commenced. Martin expressed frustration at the latest obstacle presented by the city.

“Since Day One that I took office, I have tried to fix the mobility issues in Kingwood. If we don’t get the 20-year extension to the TIRZ, we won’t be able to do any projects – not the Northpark Drive project, or Kingwood Drive – nothing,” Martin said.

Over the last month, Martin and the TIRZ team have been working with the city council and the mayor to extend the life of the TIRZ without the affordable housing mandate. In a Dec. 3 meeting with Mayor Sylvester Turner, Martin and Turner agreed upon a TIRZ project plan that removes the affordable housing mandate. In all, the agreement has nearly $750 million in provisions to fix drainage and mobility issues in the Lake Houston area, and includes redevelopment plans and upgrades to public green spaces and parks. The plan even includes a new fire station. When the current TIRZ expires in 2028, it may become a petition TIRZ, but the latest plan is definitely a step in the right direction for Kingwood residents.

At the TIRZ meeting, three historical versions of the TIRZ project plans were presented for transparency: the 2017 plan, the summer 2018 plan, and the current version. The next steps for the proposed project plan are a required public hearing and city council approval to officially amend the TIRZ. Martin and TIRZ Chairman Stan Sarman plan to attend any remaining city meetings held in December and will update the community on the plan’s progress. Both men said they desperately want to get the plan approved this calendar year.

Martin explained that it takes working closely with the mayor – regardless of political affiliations – to get things accomplished so work can begin. He said that while political ideology plays a bit of a part in negotiations, he described the city more as a service company that works for the residents. “After all, at the end of the day, there are no Republican or Democrat potholes – there are just potholes,” Martin said.

He also made no apologies for being a Sylvester Turner fan.

“He has done a phenomenal job for this city,” said Martin.

Northpark Drive was one of the first roads built in Kingwood, but the 30-year-old infrastructure has definitely outgrown its capacity for traffic worsened by growth in the area. The TIRZ is making progress, having just signed a $6-million interlocal agreement to begin negotiating certain rights-of-way and buying up parcels of land necessary for the larger project.

Tax Increment Reinvestment Zones (TIRZs) are special zones created by city council to attract new investment in an area. These zones help finance costs of redevelopment and promote growth in areas that would otherwise not attract sufficient market development in a timely manner. Taxes attributable to new improvements (tax increments) are set-aside in a fund to finance public improvements within the boundaries of the zone.

Author: Jacqueline HavelkaEmail: This email address is being protected from spambots. You need JavaScript enabled to view it.
I am a rocket scientist turned writer. I worked at Lockheed Martin-Johnson Space Center for many years managing experiments on the Space Station and Shuttle, and I now own my own firm, Inform Scientific, specializing in technical and medical writing and research program management. I am a contributing correspondent to The Tribune, a Kingwood resident for 12 years, and proud mom to two Aggie sons.