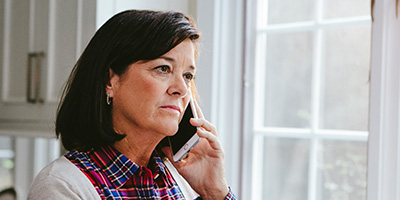 The Alzheimer’s Foundation of America (AFA) has launched a new chat feature through its Alzheimer’s Helpline that allows licensed social workers to provide assistance and support to families affected by Alzheimer’s disease and other dementia-related illnesses in 90 different languages.

“Alzheimer’s disease doesn’t recognize language barriers, ethnic or geographical boundaries: It impacts people from all over the world who speak a wide variety of languages. Families affected by Alzheimer’s disease need to be able to access support, regardless of the language they speak. Adding this new feature to our Helpline enables us to break down language barriers and serve a greater number of people,” said Charles J. Fuschillo, Jr., AFA’s president and CEO.

By clicking on the blue and white “chat” box in the lower right-hand corner of AFA’s website, alzfdn.org, or by sending a text message from a mobile device to 646-586-5283, individuals can type questions in their native language and send it to the helpline. The AFA Helpline is open seven days a week, 9 a.m.-9 p.m. (ET) on weekdays and 9 a.m.-3 p.m. (ET) on weekends. The system is translatable for 90 different languages, including Spanish, Chinese, French, German, Russian and Italian. More than 37 million people over the age of 18 living in the United States speak a language other than English, according to 2018 data from the United States Census Bureau.

As an example, someone can ask, “What are some ways to help prevent my family member with Alzheimer’s from wandering?” in Spanish, and the system will recognize the foreign language text. The helpline social worker will then type their response, which is then translated back into Spanish for the user on the other end.  Because the translation occurs instantaneously, conversations can be had in real time.

English language-speaking individuals can also utilize the system to have chat conversations with a licensed social worker through the helpline.